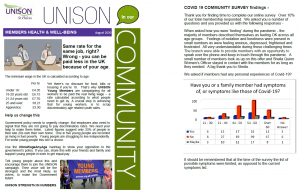 Same rate for the same job, right? Wrong, you can be paid less in the UK because of your age!

The minimum wage in the UK is calculated according to age, yet there’s no discount for food, bills or housing if you’re 18.

That’s why UNISON Young Members are campaigning for all workers to be paid the real living wage, a rate calculated according to what people need to get by. A crucial step in achieving that for young workers, is to scrap
discriminatory age related youth rates.

Help us change this

Government policy needs to urgently change. But employers also need to signal that they are not going to pay discriminatory rates. We need your help to make them listen. Latest figures suggest only 33% of people in their late 20s own their own home. One in five young people are recorded as living in fuel poverty. Young people are struggling to live independently. For some young people this isn’t a choice.

Use the #OneWageAnyAge hashtag to show your opposition to the government’s policy. If you can, share this with your friends and family and support young people in work to get equal pay.

Tell young people about this and encourage them to join the UNISON campaign. Their voice will be the strongest and the most likely, as voters, to make the Government listen!

Thank you for finding time to complete our online survey. Over 10% of our total membership responded. We asked you a number of questions and you provided us with the following responses.

When asked how you were ‘feeling’ during the pandemic, the
majority of members described themselves as feeling OK across all age groups. Feelings of isolation and loneliness were present in small numbers as were feeling anxious, depressed, frightened and
frustrated. All very understandable during these challenging times. The branch were able to provide members with an opportunity to speak over the phone and keep in touch through the pandemic. A small number of members took us up on this offer and Sheila Quinn Women’s Officer stayed in contact with the members for as long as they needed. A big thank you to Sheila.

We asked if members had any personal experiences of Covid-19? 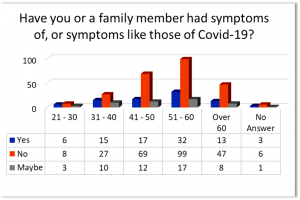 It should be remembered that at the time of the survey the list of possible symptoms were limited, as opposed to the current symptoms list.

‘Communities remain strong when people come together in times of stress and look out for each other. The difficult circumstances we have all found ourselves in during the pandemic has highlighted that the community spirit is as strong as it has ever been within our membership and in our wider communities. Across all age groups members who could help have helped and those who needed help have found that help whether it be with family, friend or neighbor’s. Whilst the fight against this deadly pandemic is not over we would urge you to stay safe and if there are any issues of concern regarding your employment, please email the office and we will get back to you asap.’ 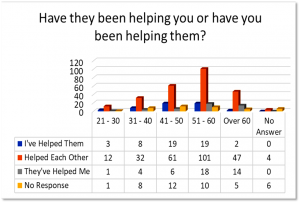 Visit the link above where you can watch the recorded Hearing in full. The outcome of the Hearing is expected late Summer/early Autumn. We will update you as soon as possible once the decision is announced.

State pension age has been at the centre of a landmark court case in recent months, but the women involved have gained somewhat of a victory.

State Pension age is central to the case brought by the Backto60 campaign, who have raised issues surrounding changes they maintain are unfair. Two women, Karen Glynn and Julie Delve, decided to bring their case, based on age and sex discrimination, to court against the DWP, supported by Backto60.

The women lost their initial case last year, but vowed to fight on, with their Court of Appeal case heard last week. However, the DWP appeared to face a setback in its efforts to argue its position in the newer case, in a small victory for the campaign.

Last week, lawyers representing the government made an attempt to have the judicial review into the issue declared unlawful. Sir James Eadie QC, who represents the DWP, made the argument the judicial review should not have gone ahead. However, the Master of the Rolls, Sir Terence Etherton, said there had already been opportunities to have the review stopped previously, that were not utilised.

This is likely to be viewed as a step forward for the Backto60 campaign, who have been fighting for recognition for a number of years… the government has slowly been altering the eligible age, in a move it has said relates to higher life expectancy across the UK.