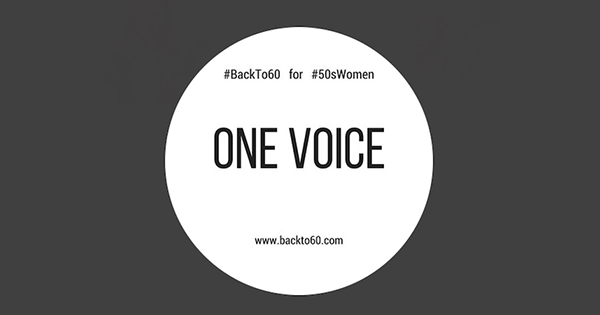 The legal case which challenged the raising of the state pension age for women from 60 to 66, brought by the campaign group Backto60 was recently listed in front of Lord Justice Irwin and Mrs Justice Whippie.

David Hencke, Westminster & Whitehall News Investigations reports, Internal Whitehall documents released yesterday reveal that the Department of Work and Pensions secretly knew on six separate occasions that there was ‘widespread ignorance‘ among 3.8 million women born in the 1950’s that they were about to lose their pensions for up to six years.

The disclosure by Michael Mansfield, QC came on the first day of a landmark judicial review brought by the campaigning group Backto60 into the raising of the pension age from 60 to 66 which has left  this group of women living in poverty after they had relied on the money for their retirement.

The change, originally announced in 1995 and accelerated by
successive governments in 2007 and 2011, has been phased in over the past nine years, with no fewer than 60 changes to the date of the retirement age.

Mr Mansfield and his colleague Catherine Rayner argued that the
Government’s failure to properly inform the women is one of three major reasons why this particular group born between April 1950 and April 1960 should receive compensation for the way the transition was handled.

The other two reasons are a combination of direct and indirect age and sex discrimination.

Sir James Eadie, representing the Department for Work and Pensions (DWP) argued that the changes were intended ‘to equalise the state pension age between the sexes‘ and ‘to ensure inter-generational fairness as between those in receipt of state pensions and the younger taxpayers funding them’.

In his submission, Sir James said that the Government had taken ‘extensive‘ steps to notify women of the change to their state pension age and that ‘personal notifications would have been very difficult if not impossible prior to 2003’.

However, Mr Mansfield strongly contested this citing internal DWP documents in 1998, 2000, 2007, 2011, 2012 and 2015 which all showed that the department was aware that its information was not getting through to the women affected. This was despite the ministry issuing leaflets, using a media campaign, and writing letters to women informing them of the change years after the original announcement had been made.

He disclosed that, despite this, many of the women affected were not informed, including one person who had lived at the same address for 37 years. Some people learnt about the change through chance conversations, or just before they thought they were going to retire at 60.

Mr Mansfield argued that the best solution would have been for the DWP to have written to every person involved, either at their place of work or home, and asked them to come in for an interview to explain the change. He said the interviews could have been phased-in, in the order of each tranche of women affected by the 60 changes to the system.

Pressed by Lord Justice Irwin, Mr Mansfield agreed that his proposition that the women involved had been unfairly treated by the Government was caused by the DWP taking ‘an irrational‘ decision not to act on the information that many of the women were ignorant of what was happening. This refusal to act could also been seen as ‘an abuse of power‘, he said.

The 3.8 million women born in the 1950’s who lost billions of pounds by the raising of the pension age from 60 to 66 had no right to expect to be told about the changes, lawyers for the Department for Work and Pensions told the judicial review.

Sir James Eadie QC, on behalf of Work and Pensions Secretary Amber Rudd, argued that the women had no legal remedy to get their money back because the judges hearing the case could not challenge the primary legislation which authorised the change.

Sir James also argued that the women’s cases were not covered under European law because – classed by the EU as a welfare benefit, pensions were exempted from discrimination cases and the EU has not yet developed a policy on age discrimination.

He criticised the decision of 63 year-old Hon. Ms Justice Lang for granting the judicial review to ‘Back to 60’, the group campaigning for full compensation for the women claiming that, as the original change was initiated by legislation in 1995, there had been ‘undue delay’ in bringing the action.

All of these points were challenged by the three barristers representing Back to 60; Michael Mansfield QC, Catherine Rayner and Adam Straw.

Mr Mansfield argued that the changes to the women’s pensions meant a ‘subclass of women, not men, has been created by this discriminatory legislation‘.

He said that many had lost up to £47,000 each by the raising of the pension age. One woman attending the hearing, which was packed with supporters, told Byline Times that she had lost £60,000.

The QC also said that the fact the Department for Work and Pensions had no duty to inform individuals about the changes amounted to a ‘19th Century‘ view of legislation. He emphasised that it was the Government, not Parliament which should have provided ‘an individual, tailored response’ to each of the 3.8 million women who suffered as a result of the change. Sir James conceded that the Government did indeed have the power, if not the duty, to inform the women, but argued that it had done everything it could.

Both Adam Straw and Catherine Rayner cited human rights cases to show that the change could be subject to European law.

Mr Mansfield also repudiated the idea that there had been ‘undue delay’ over the judicial review, pointing out that the individuals involved not a big corporation that had to exhaust every means possible before going to court because of the expense.

He also pointed out that there was ‘a continuing situation‘ of discrimination because of the effect of the legislation which had taken between 15 and 25 years to implement.

The day ended with Mr Mansfield reading out a poignant letter by one of the claimants, known as PS who, after a lifetime of working and never claiming benefits, has now been reduced to what she describes as a ‘degrading and humiliating life‘ visiting food banks and subsisting on ‘tinned food and biscuits’. She was eventually forced to sell her house.

The three judges said that they would reserve judgement on what Lord Justice Irwin described as a ‘difficult and interesting judicial review’. 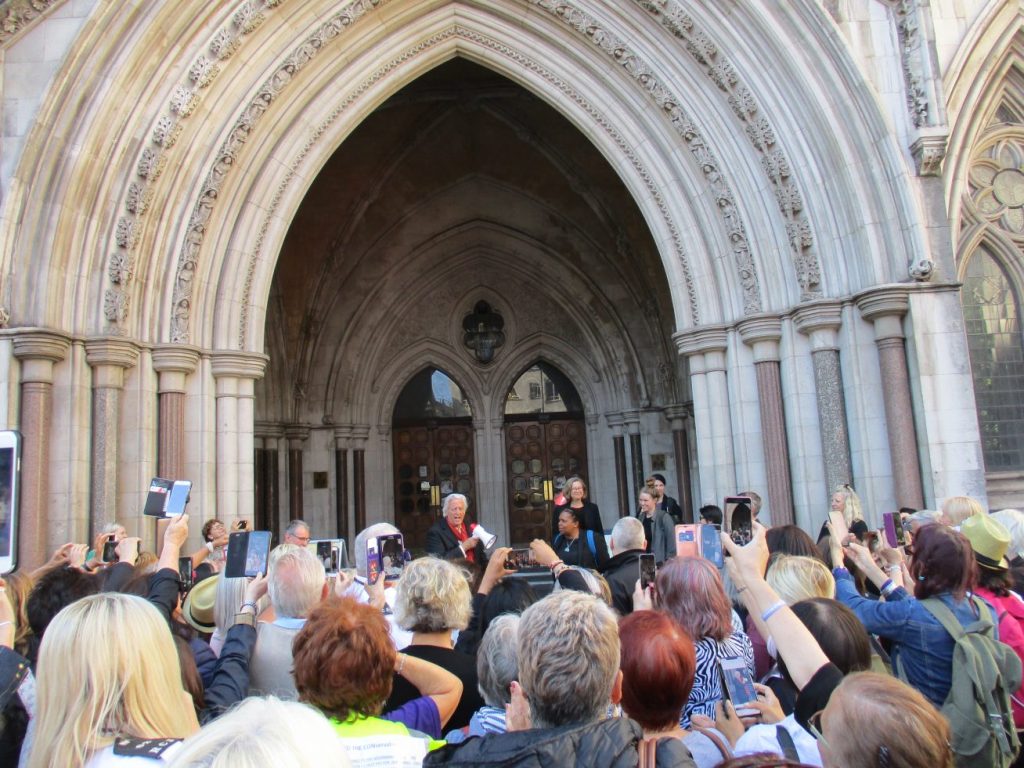